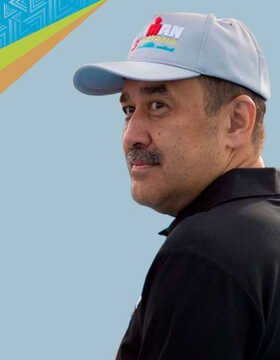 President of the Federation of Amateur Muaythai of Asia (FAMA);

Vice-President of the International Federation of Muaythai Amateurs (IFMA);

Chairman of the National Security Committee of the Republic of Kazakhstan.

Mr. Massimov is an international law scholar and an economist with a doctorate in business economics. He speaks Russian, English, Chinese and Arabian. He is keen on active sports: alpine and cross-country skiing, mountaineering, climbing and golf. Mr. Massimov supports the development of triathlon and Muaythai both in Kazakhstan and at the international arena. He is married and has three children..